Phase I of the project is the replacement of the Gus Manolis Bridge, originally built in 1961. In Sept. 2014, a large tree fell on the bridge causing it to collapse. Modern Building Company replaced the bridge, as well as all of the ADA compliant walkways, handrails, stairways, and ramps. On Sept. 19th, 2015 the 72 ft., 12,800 lb. bridge was set in place. A 175 ton hydraulic crane was brought in, and with the help of crews from Maxim Crane, and McPherson Crane, the bridge was lifted up over the trees and lowered down into place. The bridge deck and walkways were poured in concrete, and the finishing touches were completed in October of 2015.

Phase II of the project was to remove an existing footbridge, and replace it with a vehicle bridge to allow for emergency vehicles to access the north east side of campus. In May of 2016, Modern crews headed back out to Chico State to prepare the foundations for the arrival of the bridge. On July 19th, 2016 a 500-ton crane was brought in by crews from Maxim Crane, to lift the 100,000-pound vehicle bridge and set it in place. 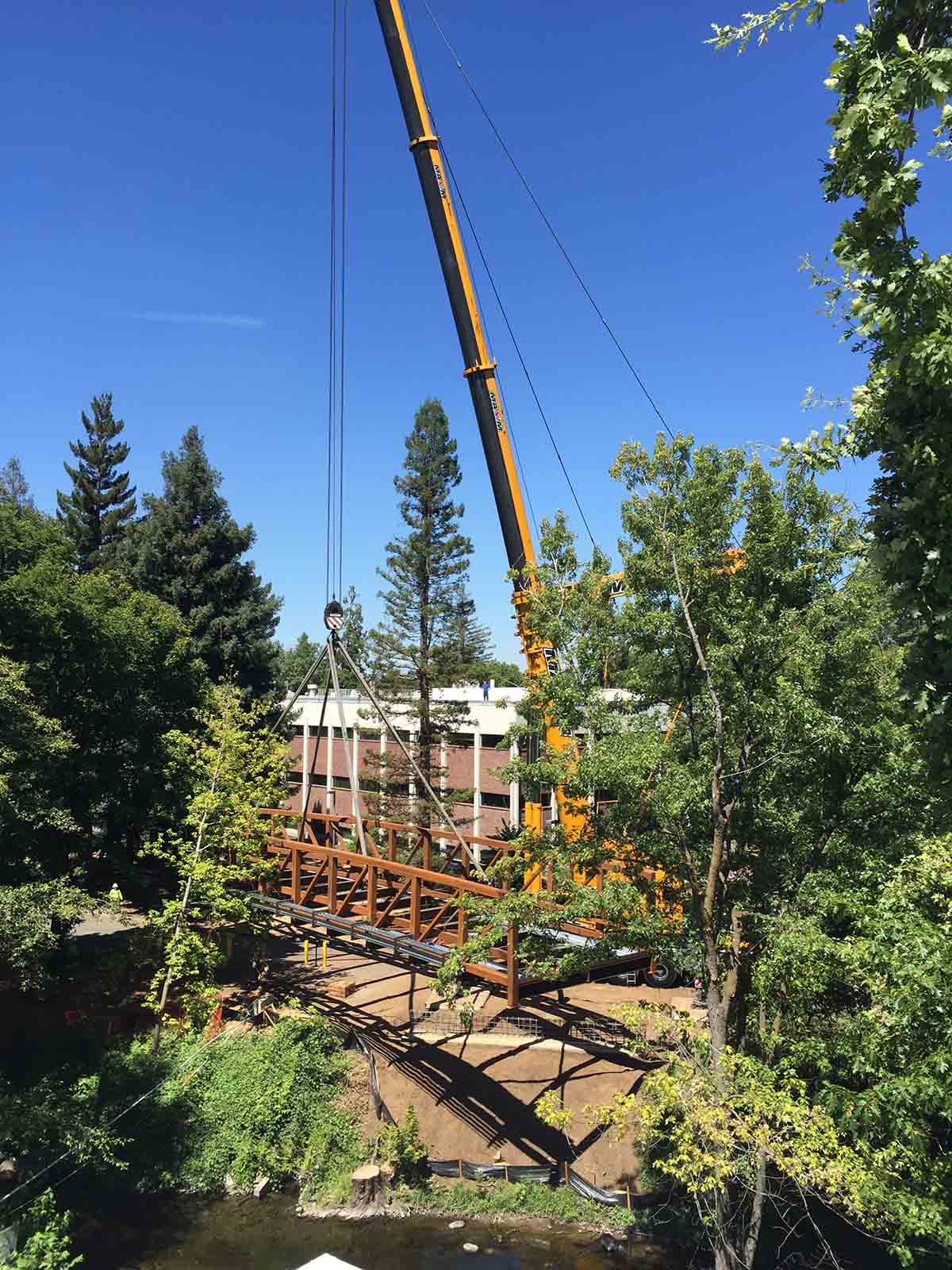 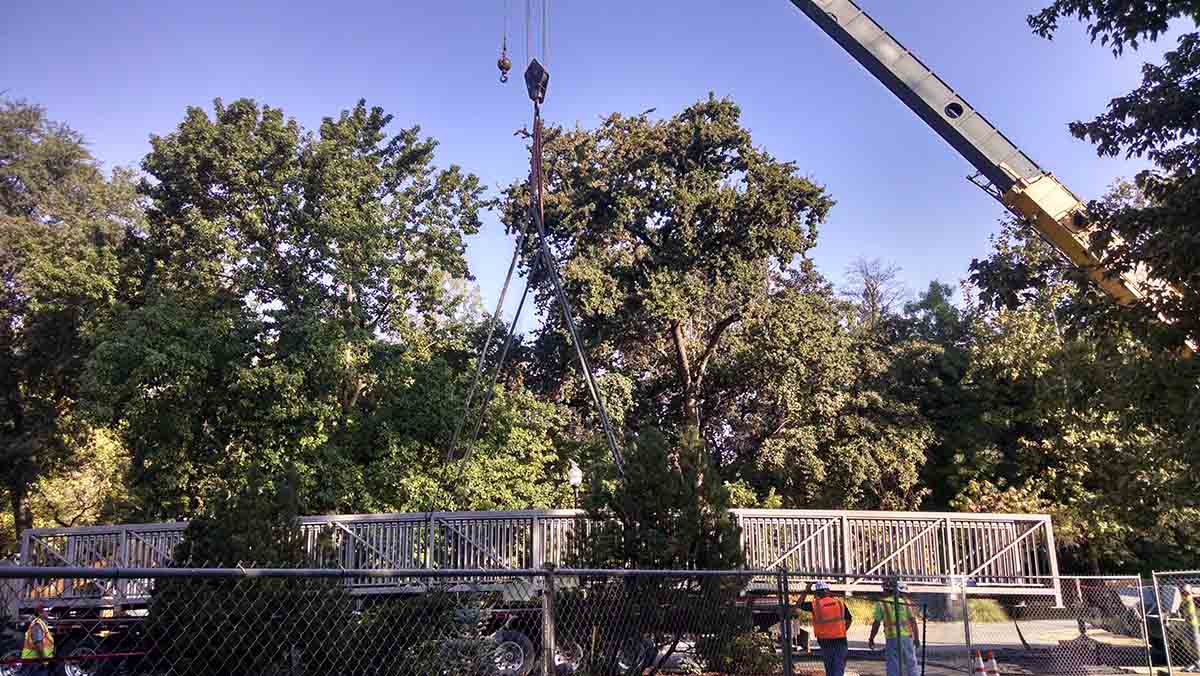 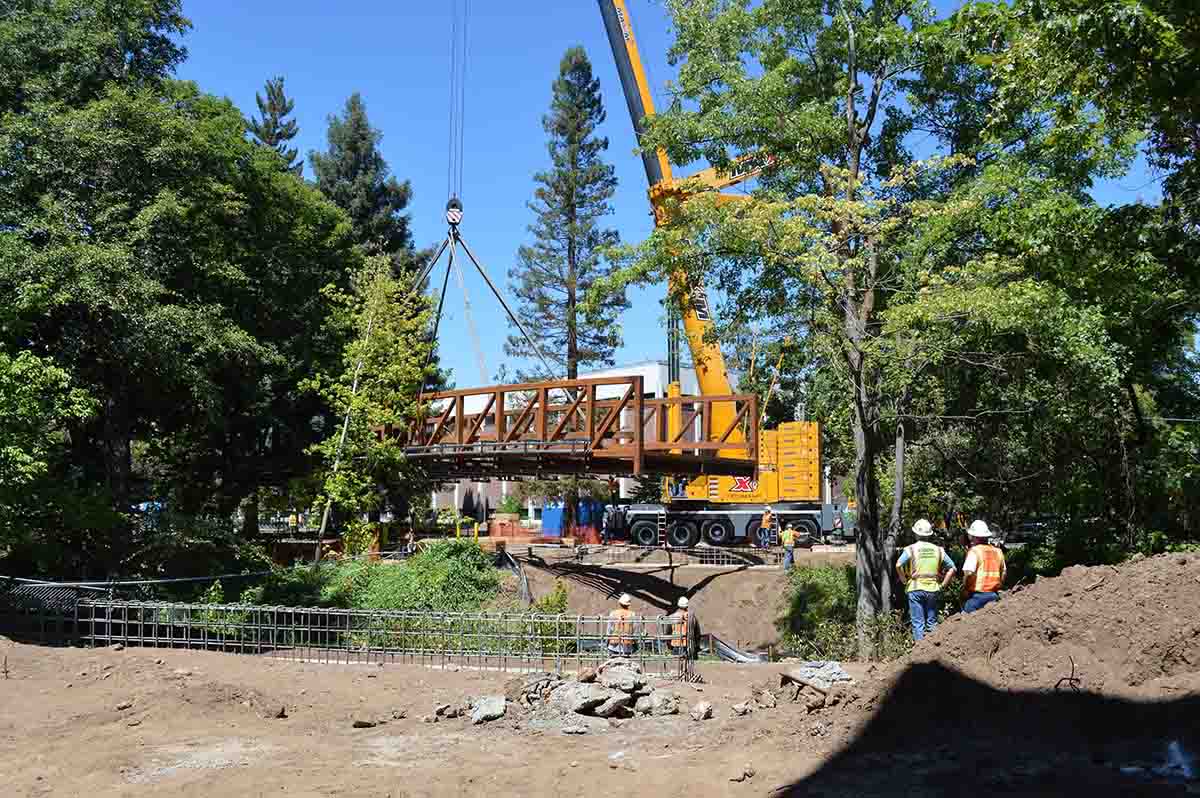 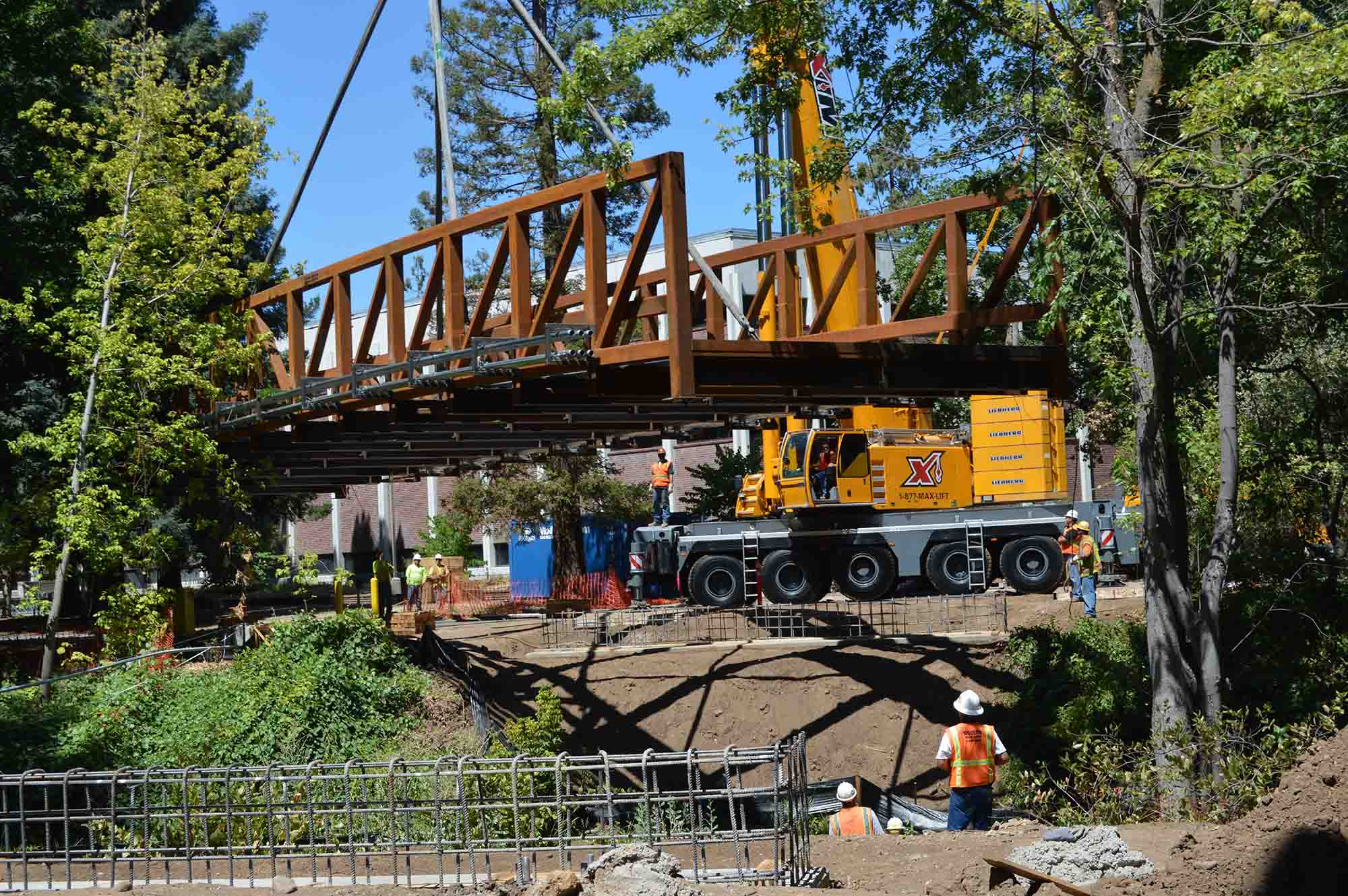 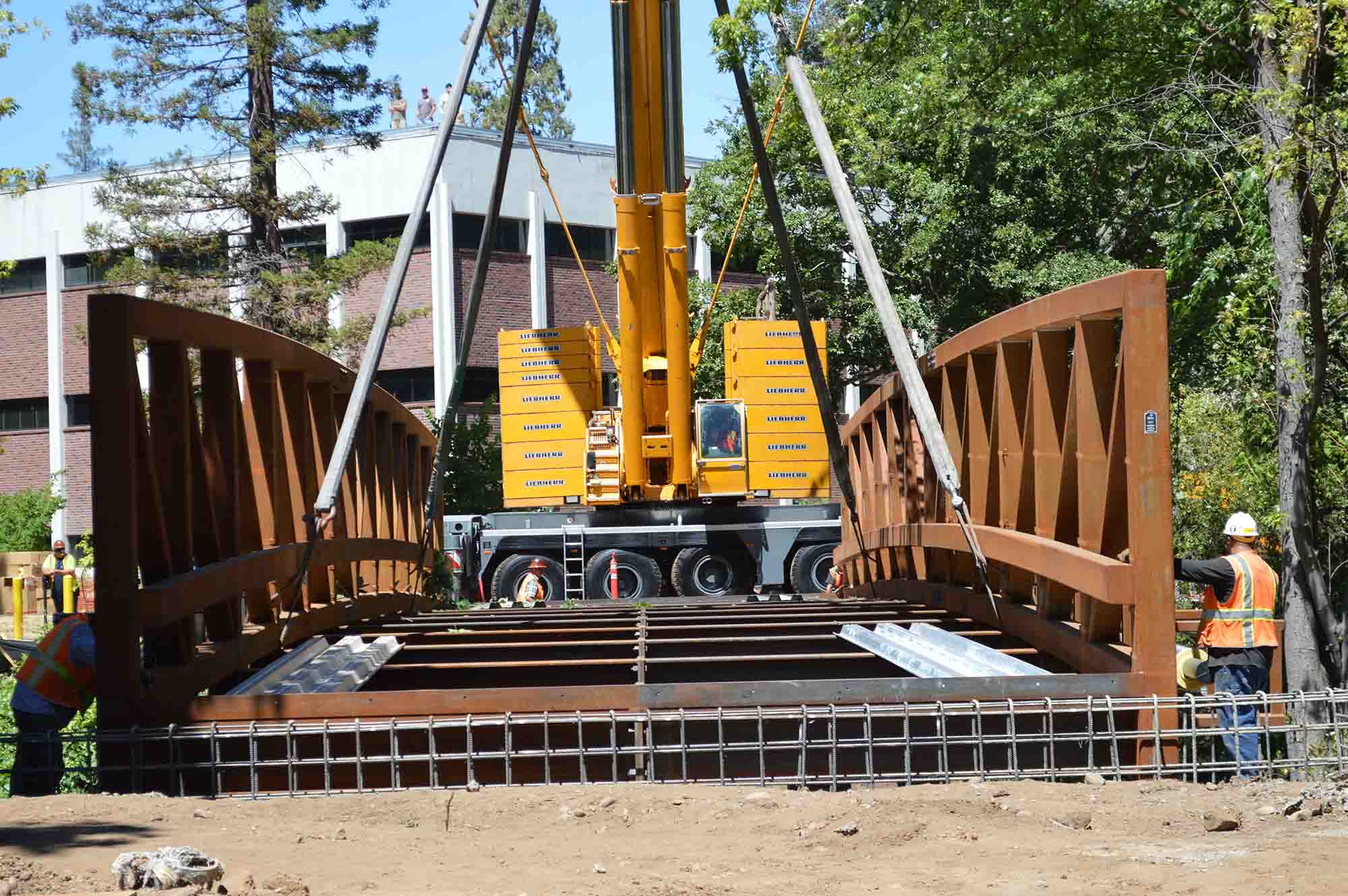 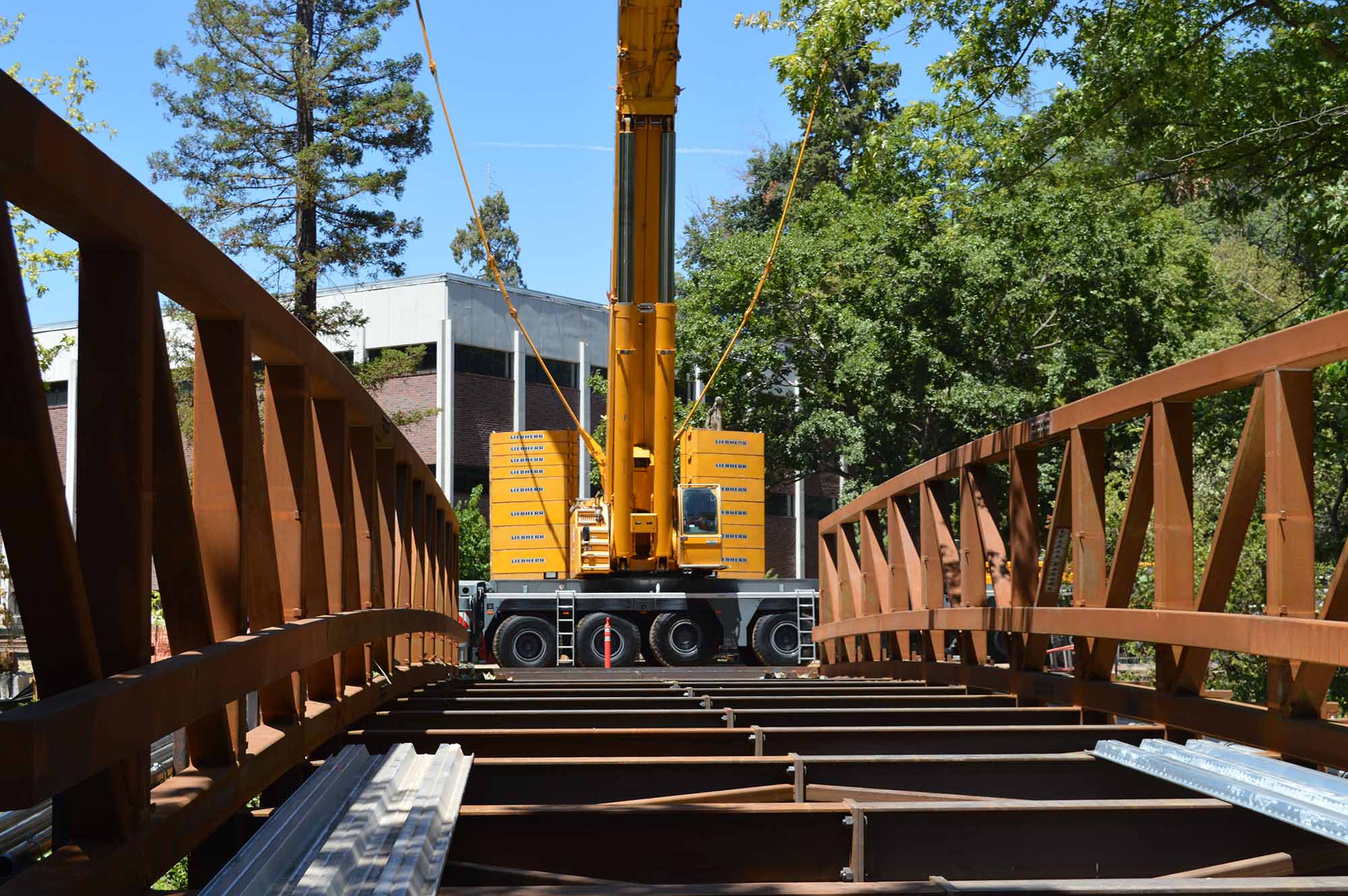 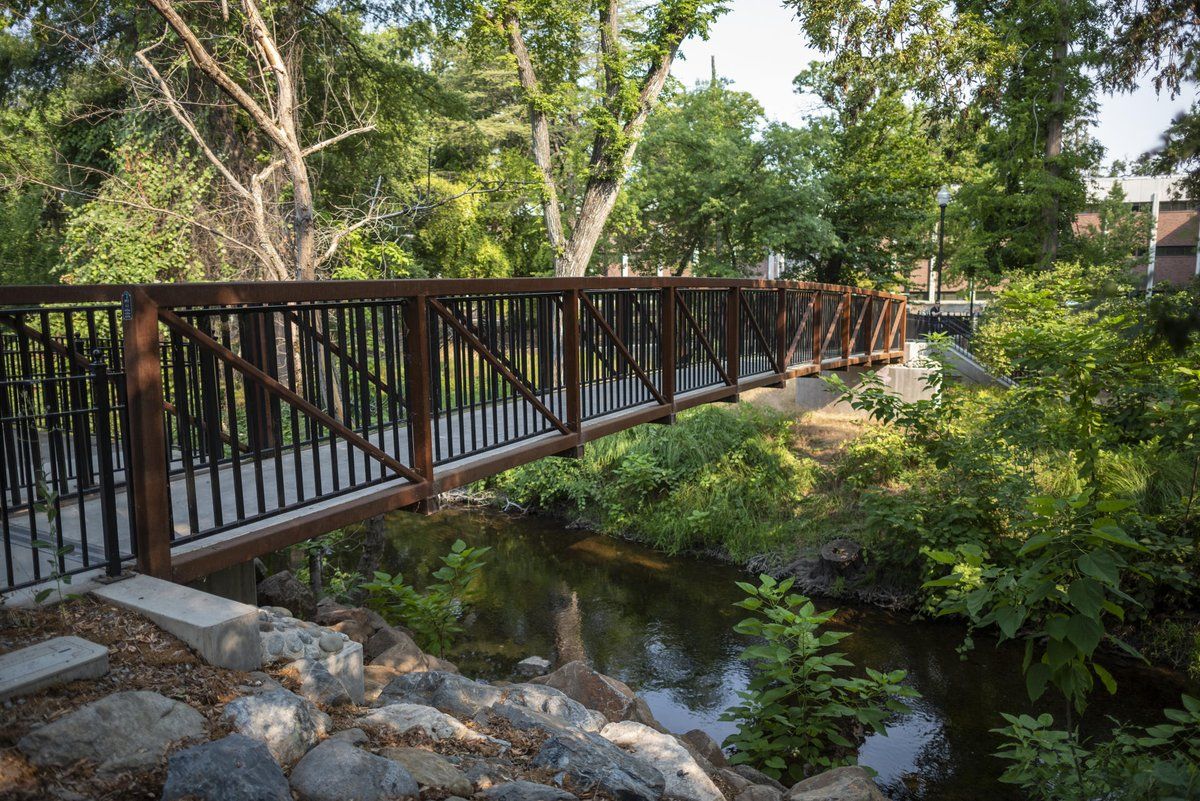 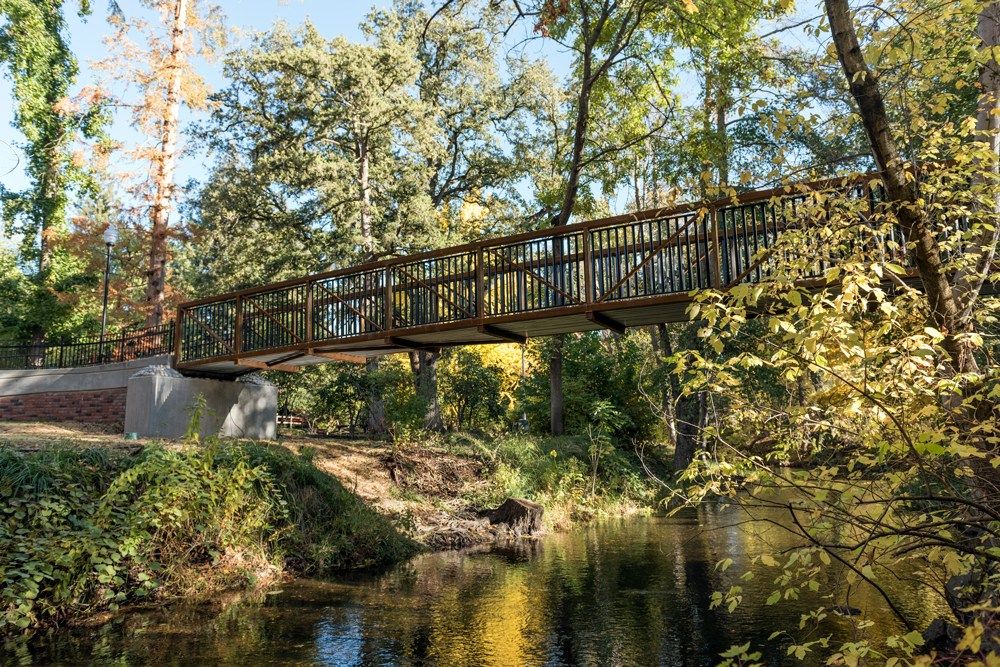 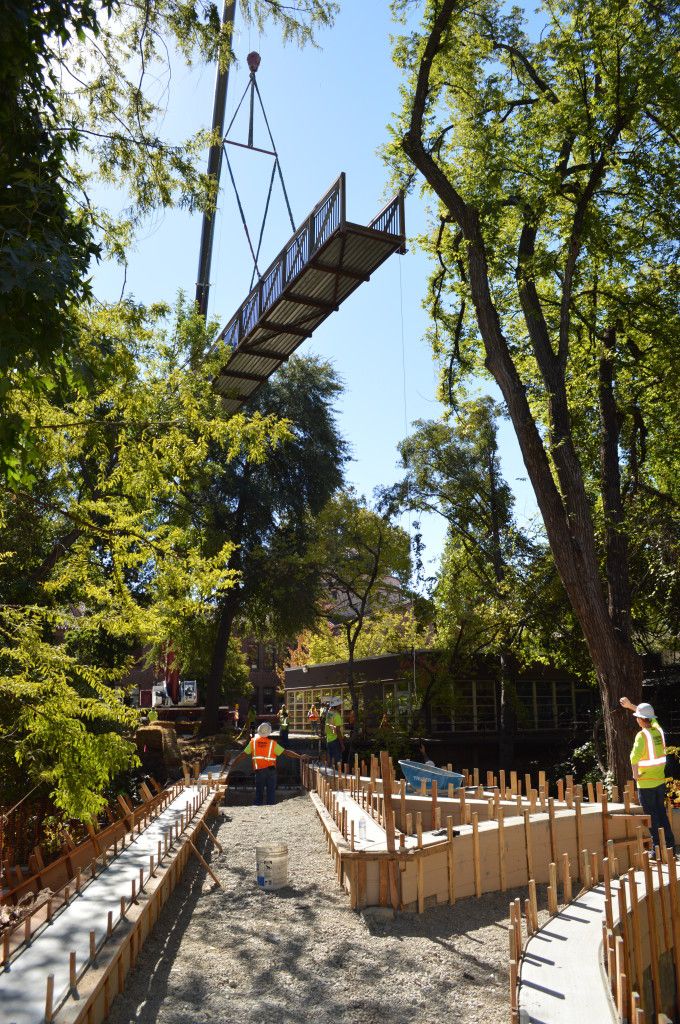 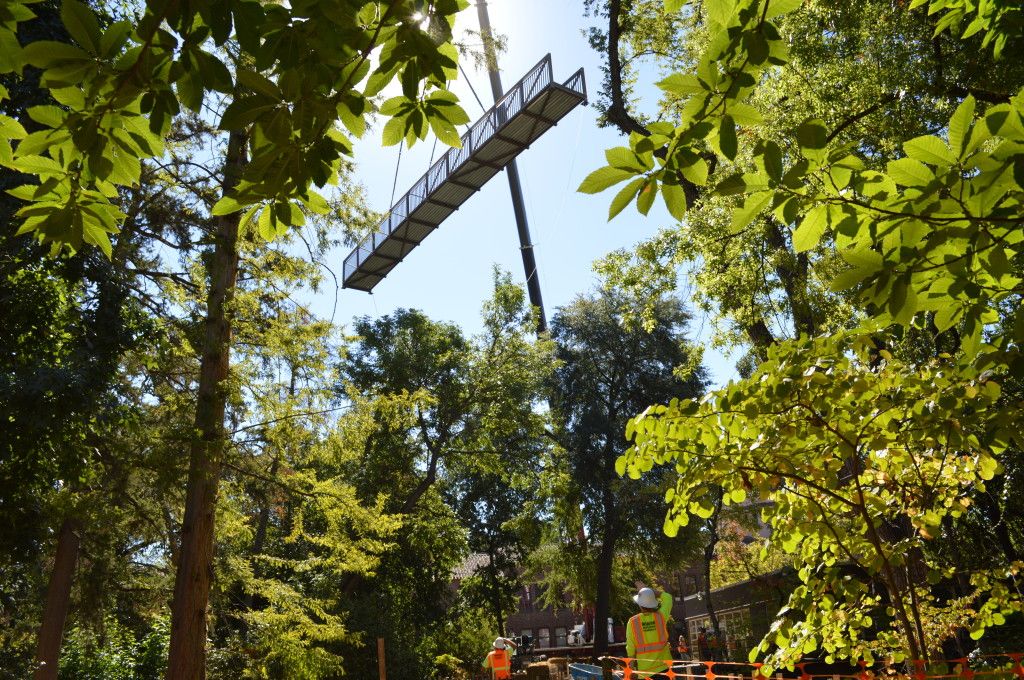 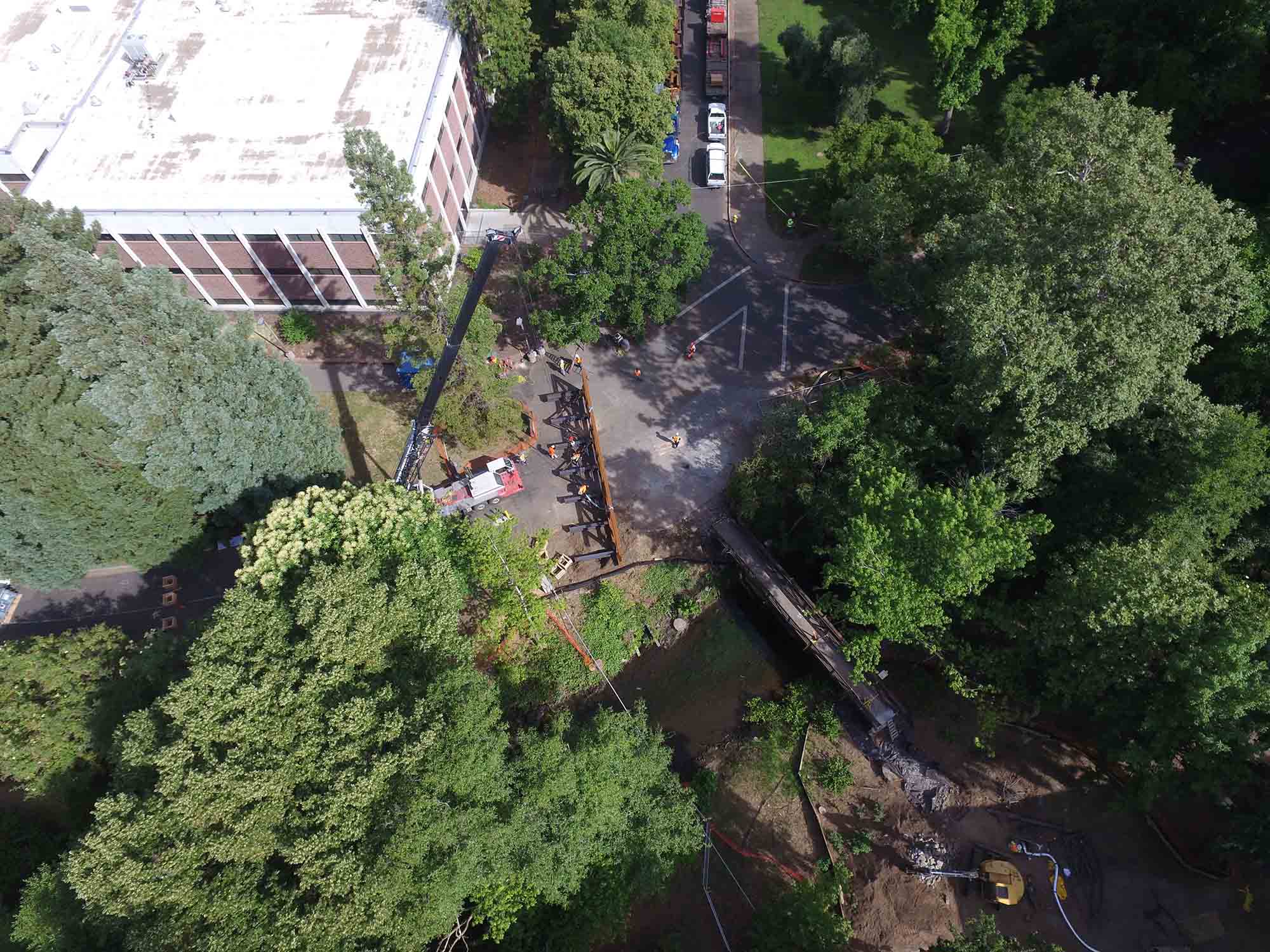 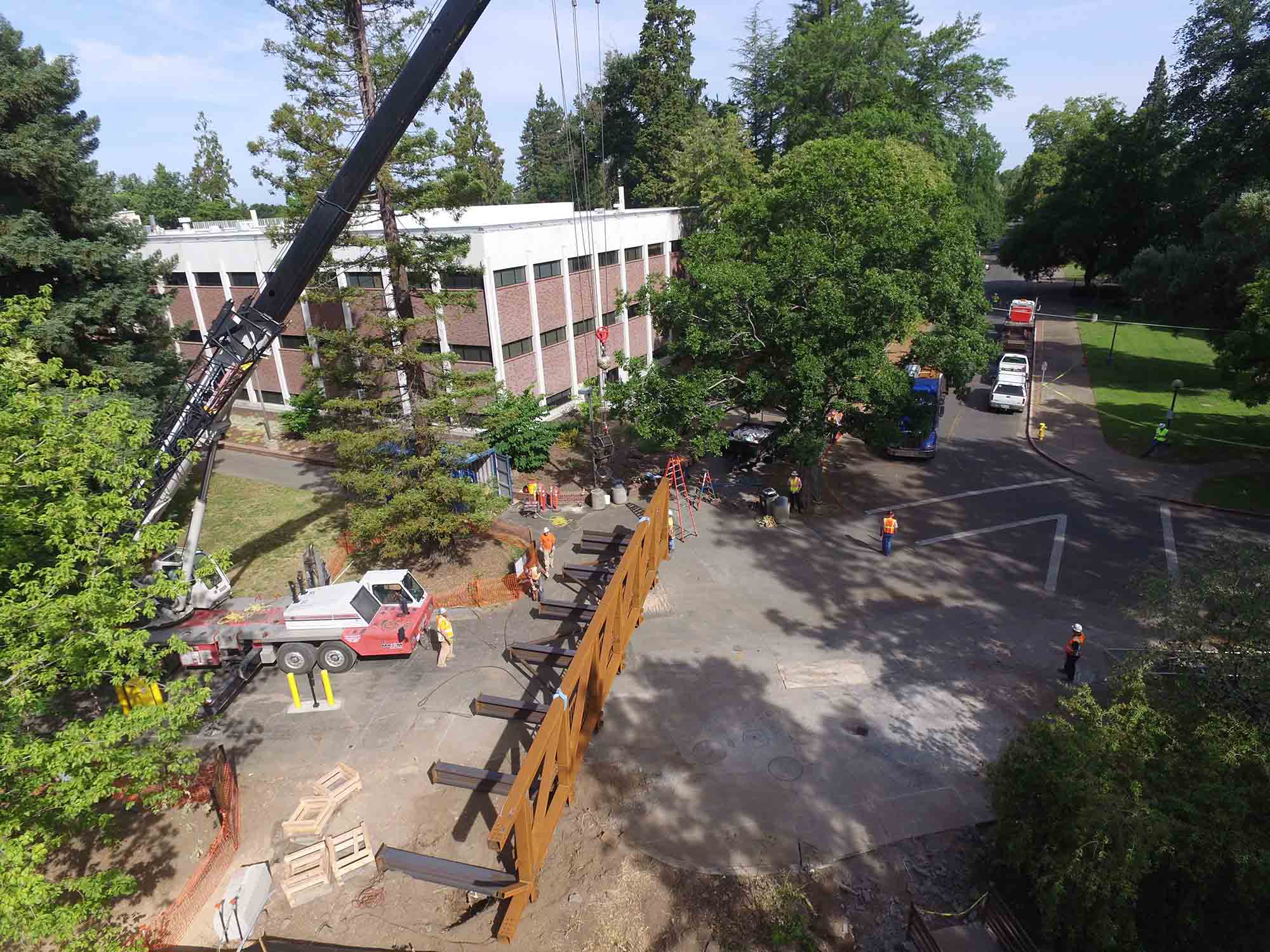 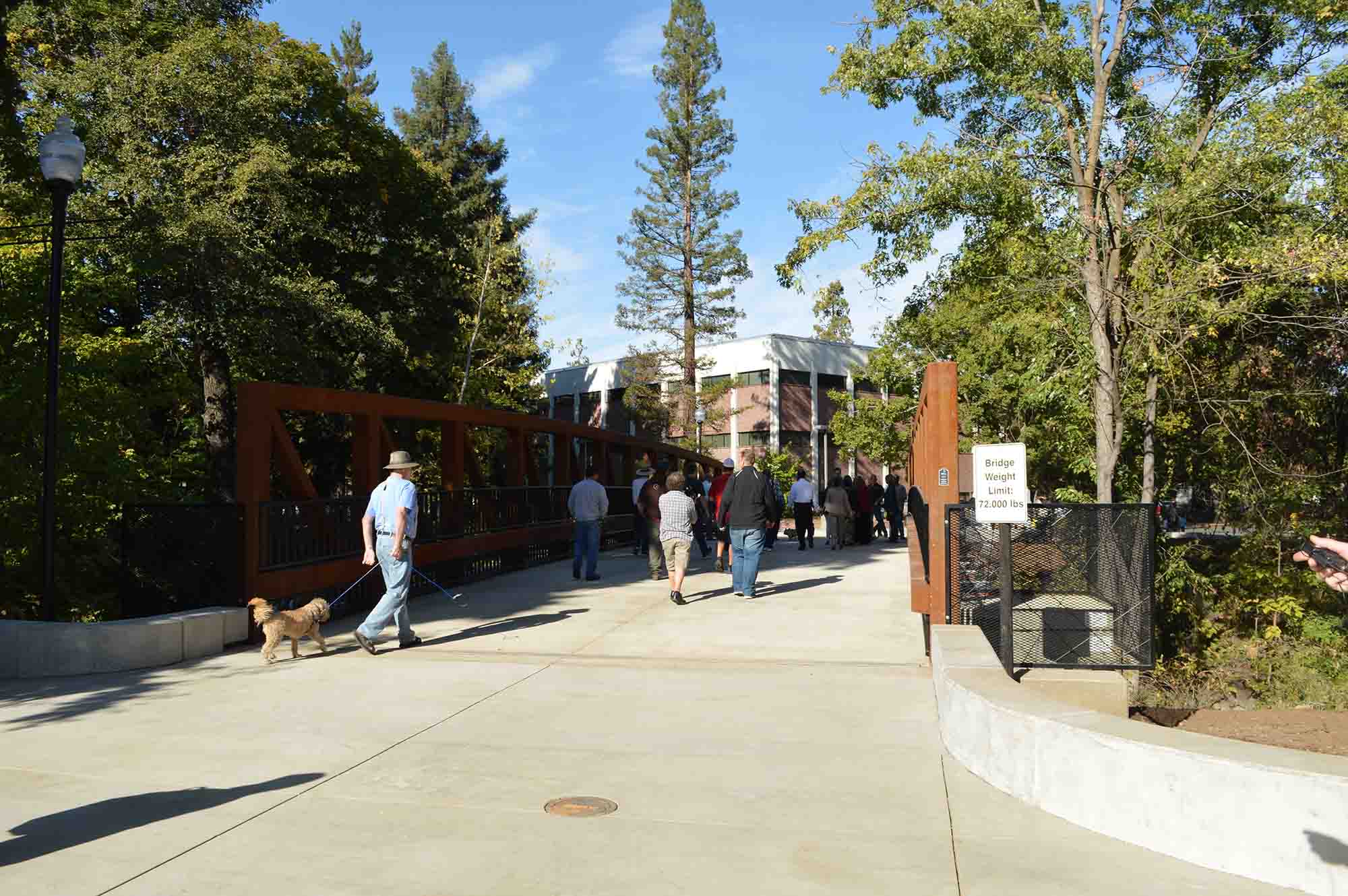 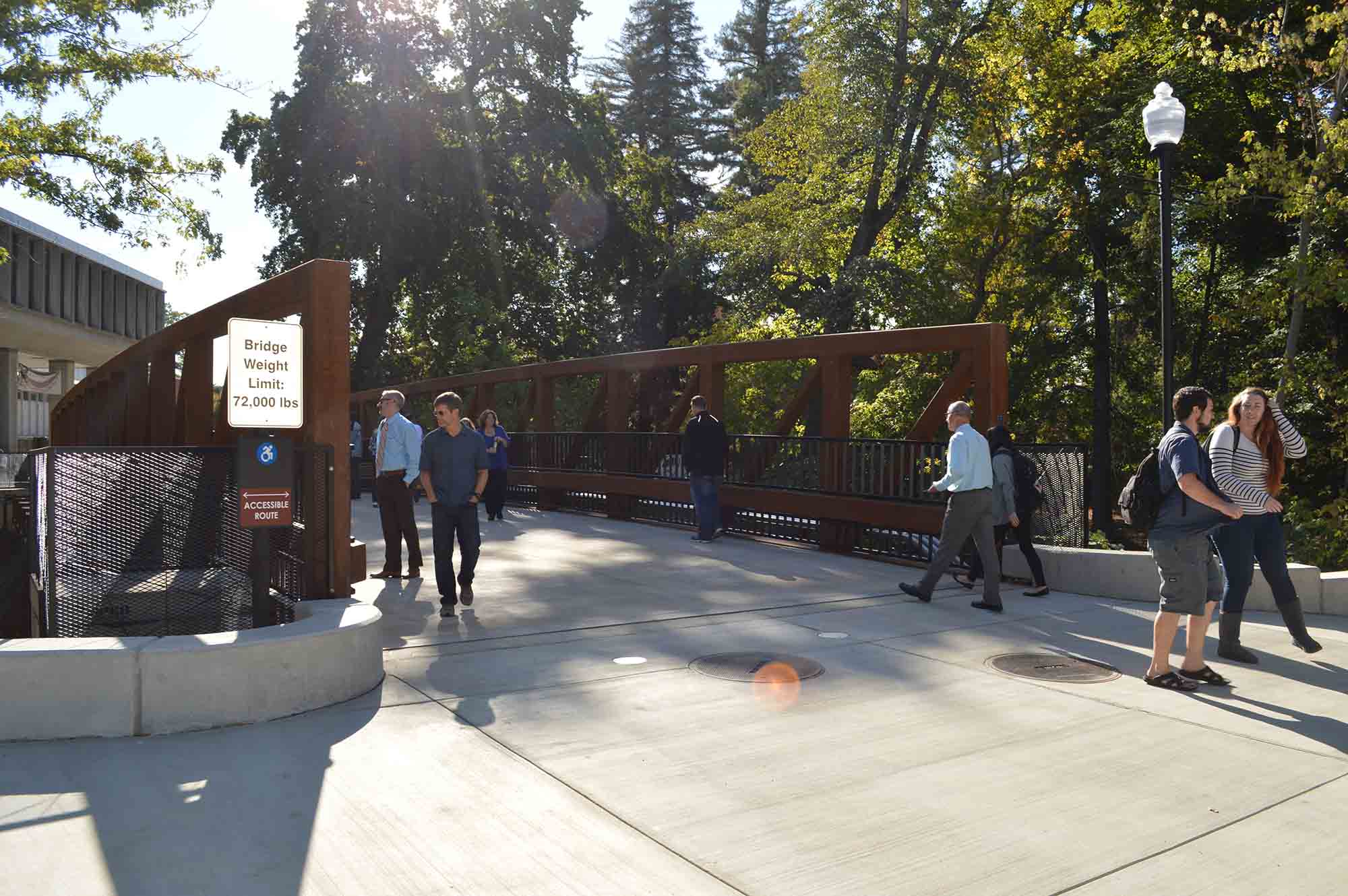 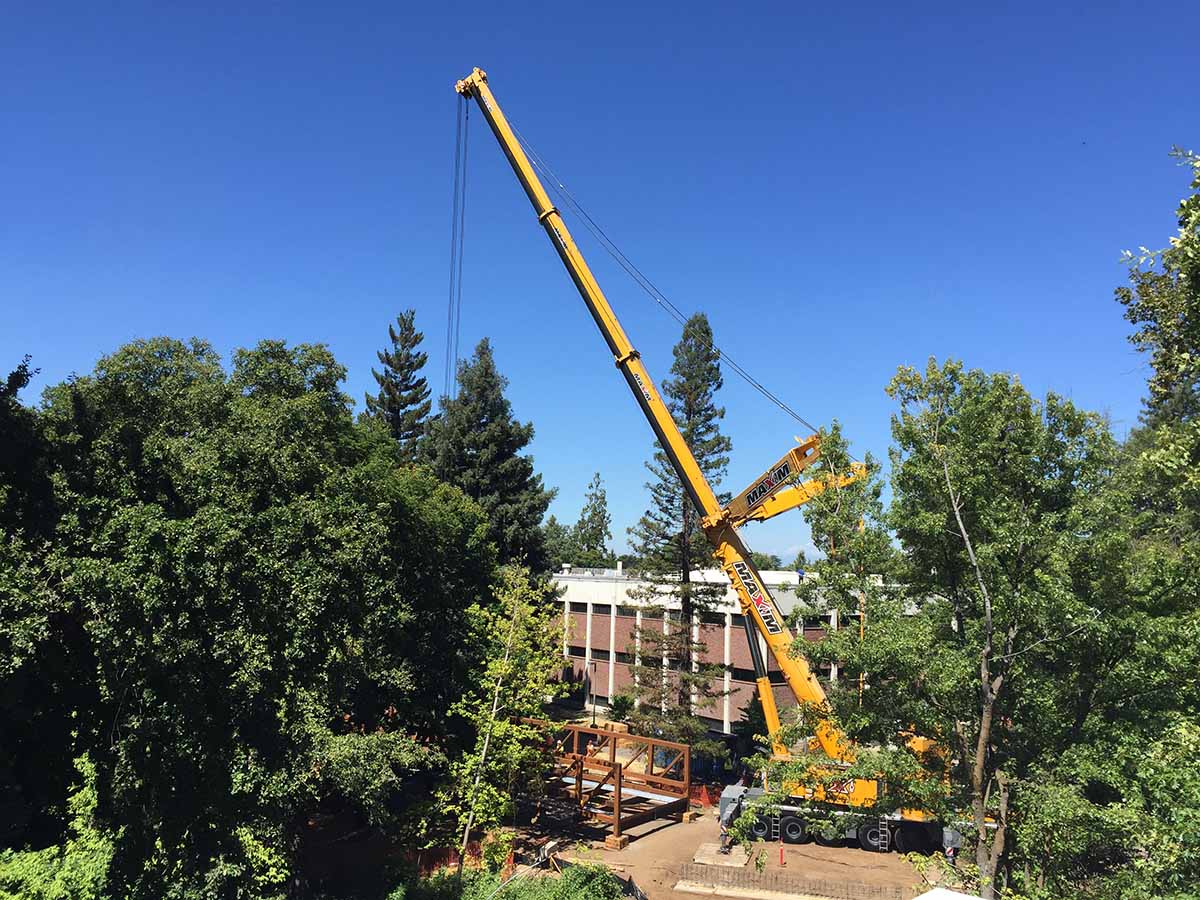 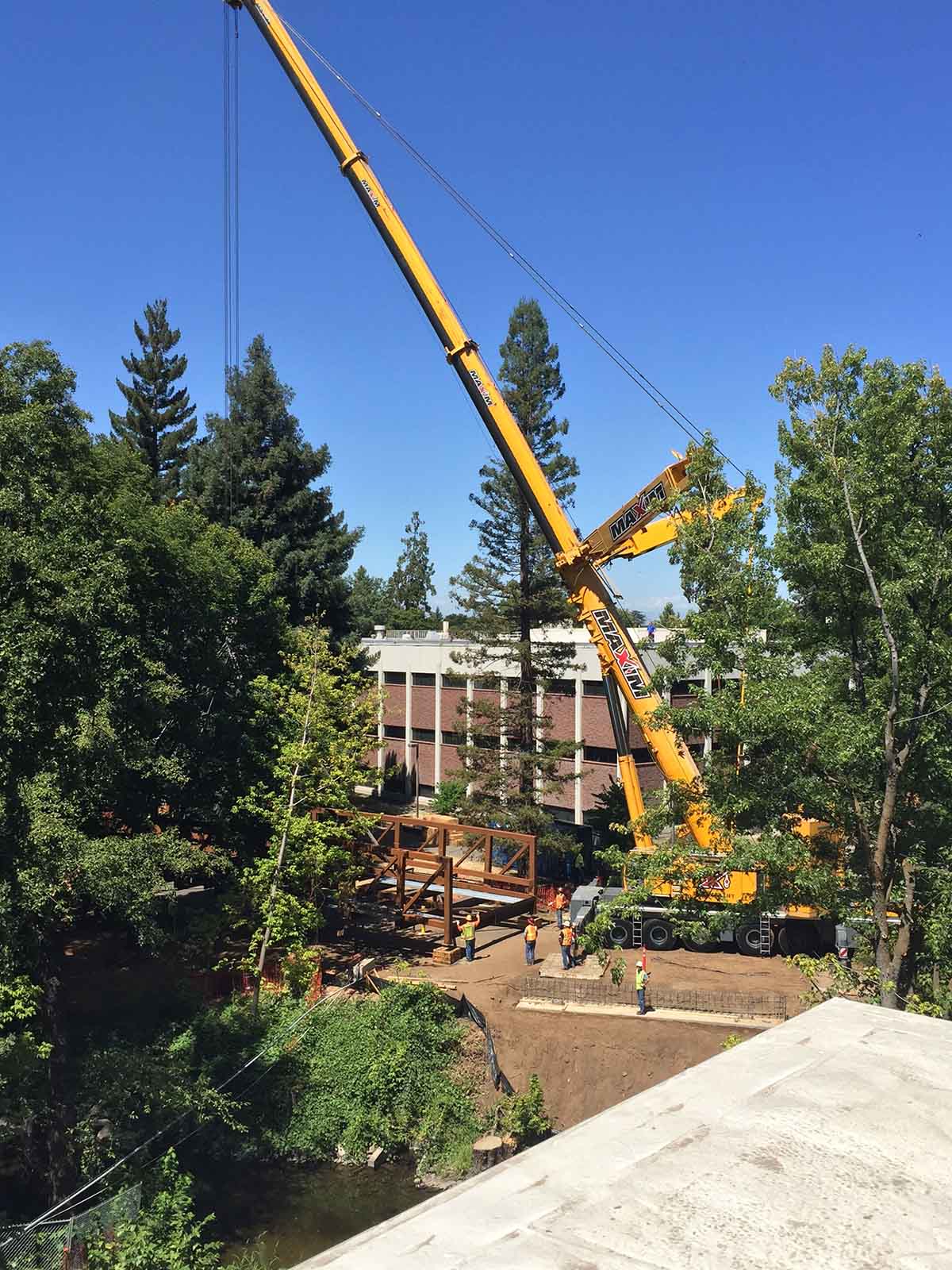 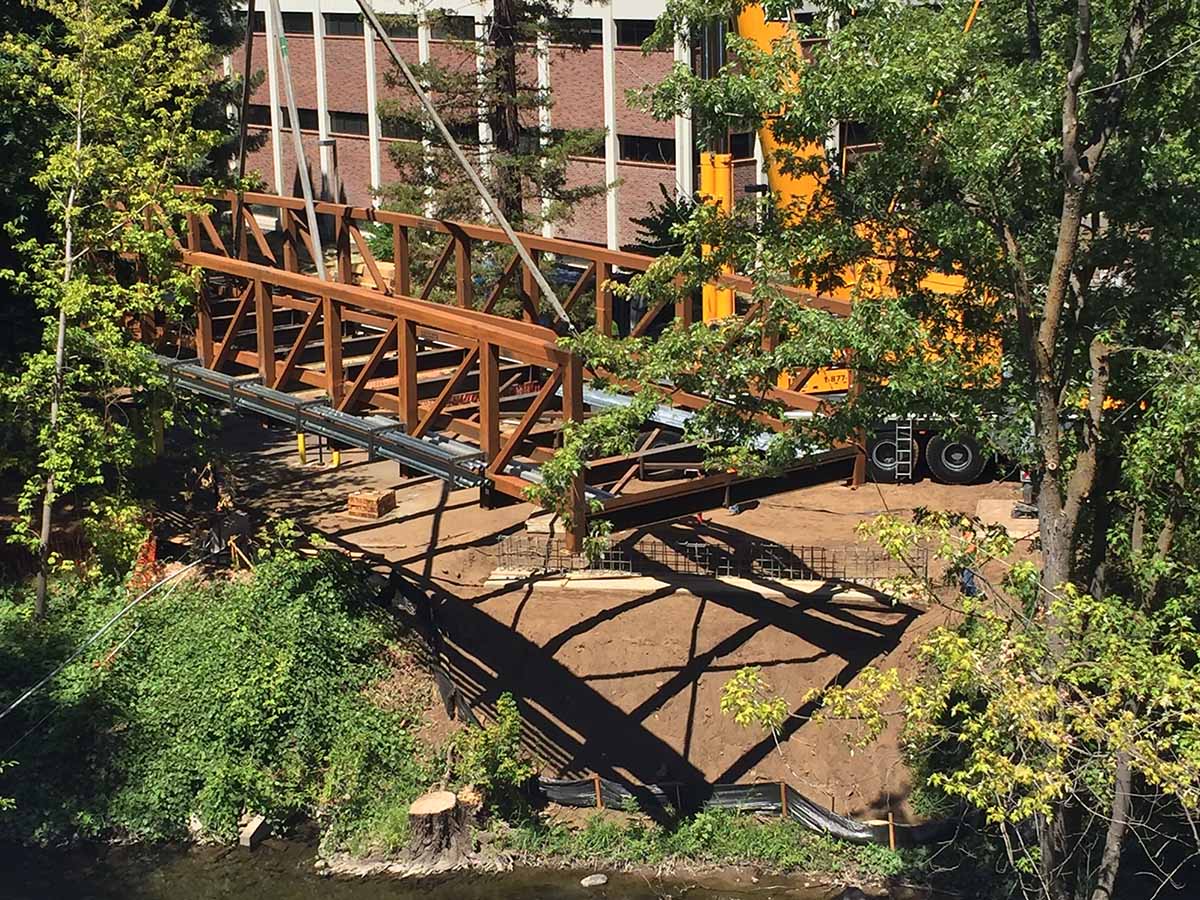